Colorado became the 38th state in 1876 and is the 21st largest state by population with about 5.6 million residents. It is also the 8th largest state by land and water area with a total area of 104,094 square miles. Denver, which is the capital city, is the largest city in Colorado with a population of approximately 600,000 people.

The name "Colorado" was first used by the Spanish in reference to its red colored soil. The area which is modern day Colorado was acquired through the Louisiana Purchase, Mexico and the state of Texas.

Included below are more facts and symbols, a state map, the state song and views of the Colorado State Quarter.

State Motto - "Nil Sine Numine" (Nothing Without the Deity)

Verse One
Where the snowy peaks gleam in the moonlight,
Above the dark forests of pine,
And the wild foaming waters dash onward,
Toward lands where the tropic stars shine;
Where the scream of the bold mountain eagle
Responds to the notes of the dove
Is the purple robed West, the land that is best,
The pioneer land that we love.

Verse Two
The bison is gone from the upland,
The deer from the canyon has fled,
The home of the wolf is deserted,
The antelope moans for his dead,
The war whoop re-echoes no longer,
The Indian's only a name,
And the nymphs of the grove in their loneliness rove,
But the columbine blooms just the same.

Verse Three
Let the violet brighten the brookside,
In sunlight of earlier spring,
Let the fair clover bedeck the green meadow,
In days when the orioles sing,
Let the golden rod herald the autumn,
But, under the midsummer sky,
In its fair Western home, may the columbine bloom
Till our great mountain rivers run dry.

Verse One
He was born in the summer of his 27th year,
coming home to a place he'd never been before.
He left yesterday behind him
you might say he was born again,
might say he found a key for every door.
When he first came to the mountains
His life was far away
on the road and hanging by a song.
But the string's already broken
and he doesn't really care,
it keeps changin' fast, and it don't last for long.

Verse Two
He climbed cathedral mountains, he saw silver clouds below,
saw everything as far as you can see.
And they say that he got crazy once and that he
tried to touch the sun,
and he lost a friend, but kept the memory.
Now he walks in quiet solitude, the forest and the stream,
seeking grace in every step he takes,
his sight is turned inside himself, to try and
understand, the serenity of a clear blue mountain lake.

Verse Three
Now his life is full of wonder,
but his heart still knows some fear,
of the simple things he can not comprehend.
Why they try to tear the mountains down
to bring in a couple more.
More people, more scars upon the land. 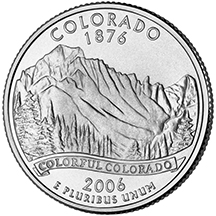