Kansas became the 34th state in 1861 and is the 35th largest state by population with about 2.9 million residents. It is also the 13th largest state by land and water area with a total area of 82,277 square miles. Wichita is the largest city in Kansas with a population of approximately 366,000 people.

Included below are more facts and symbols, a state map, the state song and views of the Kansas State Quarter.

State Motto - "Ad Astra per Aspera" (To the stars through difficulties)

Home On the Range
The words were written by Dr. Brewster Higley.
The music was composed by Dan Kelly.

VERSE 1
Oh, give me a home where the buffalo roam,
Where the deer and the antelope play,
Where seldom is heard a discouraging word
And the sky is not clouded all day.

CHORUS
A home, a home where the deer and the antelope play,
Where seldom is heard a discouraging word
And the sky is not clouded all day.

VERSE 2
Oh, give me the gale of the Solomon vale,
Where life streams with buoyancy flow,
On the banks of the Beaver, where seldom if ever
Any poisonous herbage doth grow.

VERSE 3
Oh, give me the land where the bright diamond sand
Throws its light from the glittering stream
Where glideth along the graceful white swan,
Like a maid in a heavenly dream.

VERSE 4
I love the wild flowers in this bright land of ours;
I love too the wild curley's scream,
The bluffs and white rocks and antelope flocks
That graze on the hillsides so green.

VERSE 5
How often at night, when the heavens are bright
With the light of the glittering stars,
Have I stood here amazed and asked as I gazed
If their glory exceeds this of ours.

VERSE 6
The air is so pure, the breezes so free,
The zephyrs so balmy and light,
I would not exchange my home here to range
Forever in azure so bright. 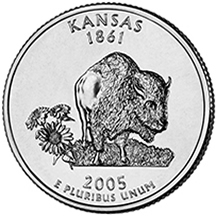