Many people believe that in 1775 North Carolina became the first colony to declare independence from Great Britain. The word Carolina comes from Carolus, the Latin form of the name Charles.

Included below are more facts and symbols, a state map, the state song and views of the North Carolina State Quarter.

Though she envies not others their merited glory,
Say, whose name stands the foremost in Liberty's story!
Though too true to herself e'er to crouch to oppression,
Who can yield to just rule more loyal submission?

Plain and artless her sons, but whose doors open faster
At the knock of a stranger, or the tale of disaster?
How like to the rudeness of their dear native mountains,
With rich ore in their bosoms and life in their fountains.

And her daughters, the Queen of the Forest resembling–
So graceful, so constant, yet to gentlest breath trembling;
And true lightwood at heart, let the match be applied them,
How they kindle and flame! Oh! none know but who've tried them.

Then let all who love us, love the land that we live in
(As happy a region on this side of Heaven),
Where Plenty and Freedom, Love and Peace smile before us,
Raise aloud, raise together, the heart-thrilling chorus!"

Here's to the land where the galax grows,
Where the rhododendron's rosette glows,
Where soars Mount Mitchell's summit great,
In the "Land of the Sky," in the Old North State!

Here's to the land where maidens are fair,
Where friends are true and cold hearts rare,
The near land, the dear land, whatever fate,
The blest land, the best land, the Old North State! 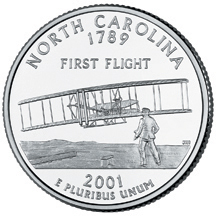